I want to first say thank you to everyone for 2,000 views.  This is a big milestone for me and I appreciate everyone who viewed my blog. I will recap the All-Star Weekend day-by-day. Here we go:

Friday- Fanfest Day #1
My friend and I arrived at Fanfest around 9:00 when the gates opened and my first reaction was WOW. It was a baseball fan's dream. For being the opening Fanfest day, it was surprisingly slow. As soon as you walked in, there was a giant baseball with signatures on the ball ranging from Ted Williams to Tony Oliva. There was lots of game-used memorabilia there and even a Jackie Robinson signed jersey.  Around 11:15, my friend and I decided to jump into the Juan Berenguer autograph line. Only about 15-20 people were there so it was very easy to get his autograph. 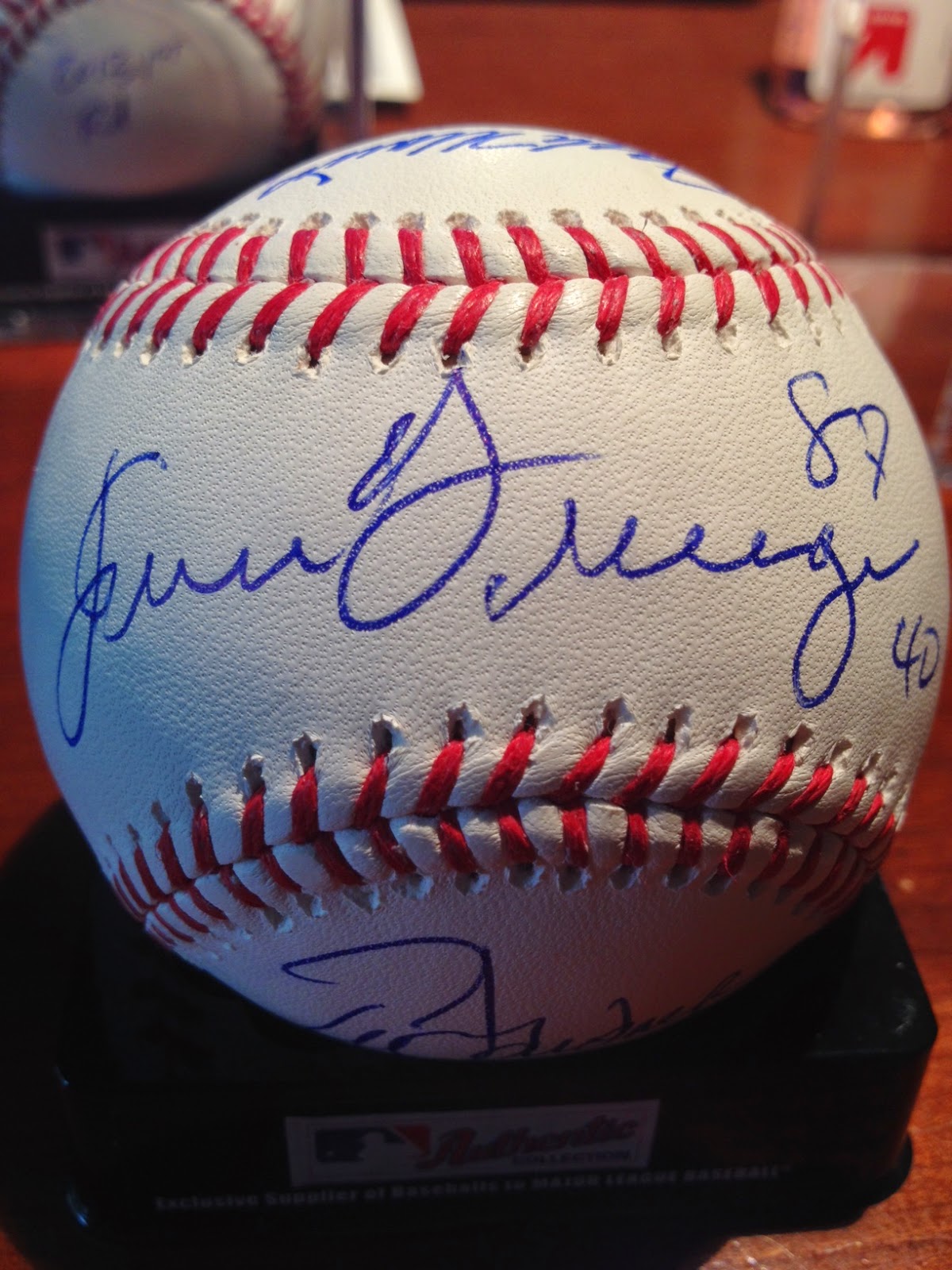 After that, we walked for about 15 minutes, then I got a notification on my phone that said this:
BREAKING NEWS: 2 Time NBA Champion LeBron James Says He Will Sign With Cleveland.
Wow. That was awesome. After that, we walked over and saw these guys:
Anyway, then we went to Tim Laudner line to get his autograph (because like I said, not a lot of people were there) and I got this: 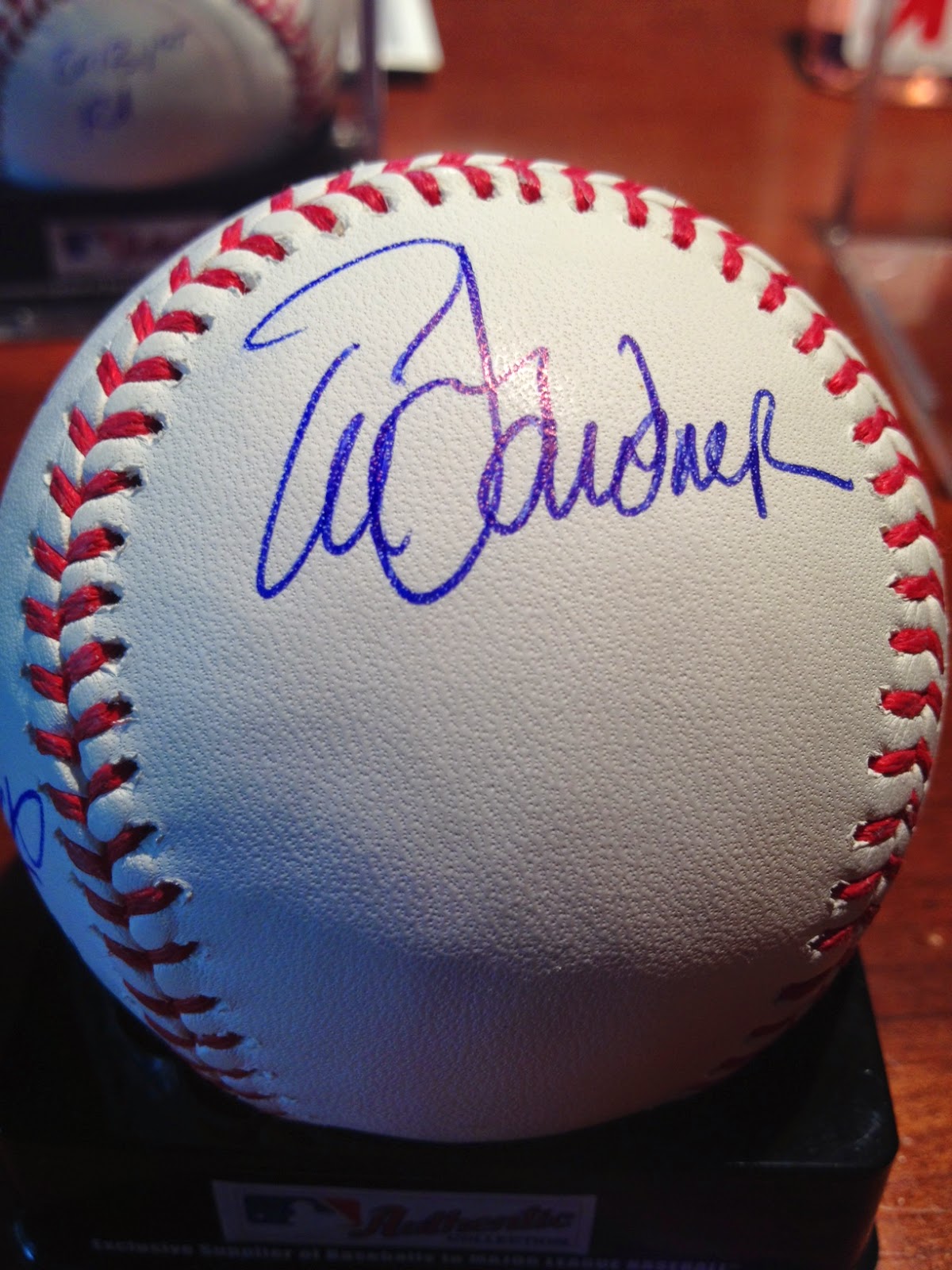 Corey Koskie also signed for me (picture not shown).We didn't do anything notable until about 2:00 when I saw that Jose Berrios was going to sign. Awesome! One catch: he would only sign programs... OK then. I was in line and Berrios showed up about 10 minutes late, but it was still a thrill to see him. 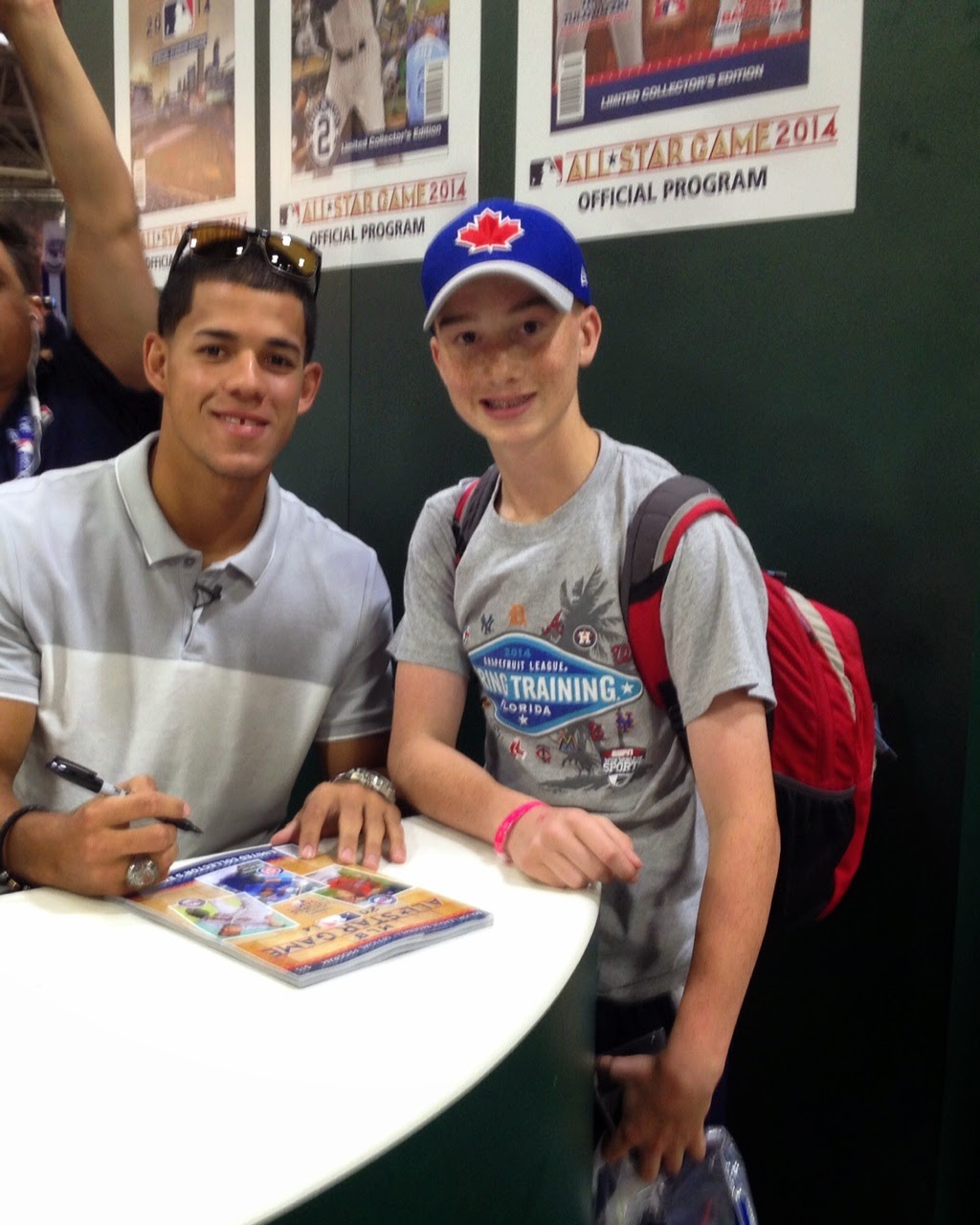 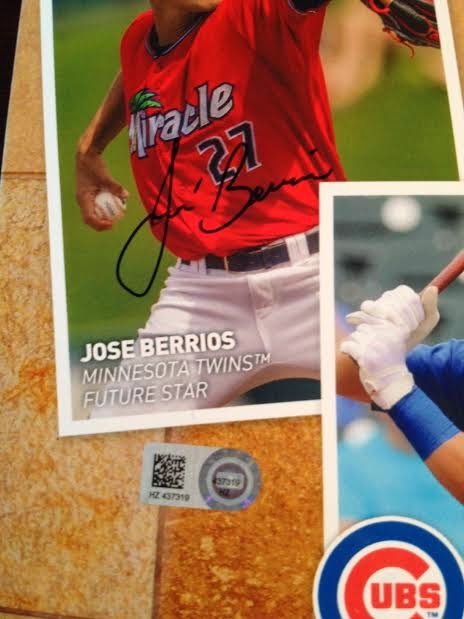 Day 1 recap is over. It was an awesome day, could you top that?

Saturday- Fanfest Day #2
It was pretty much the same day for Day 2. Except there were a lot more people there. At about 10:55 we went in line for the Fred Lynn signing, at noon.  By 11:15, there was a line  around the corner and they started asking for your name. Once I got up there, I got this: 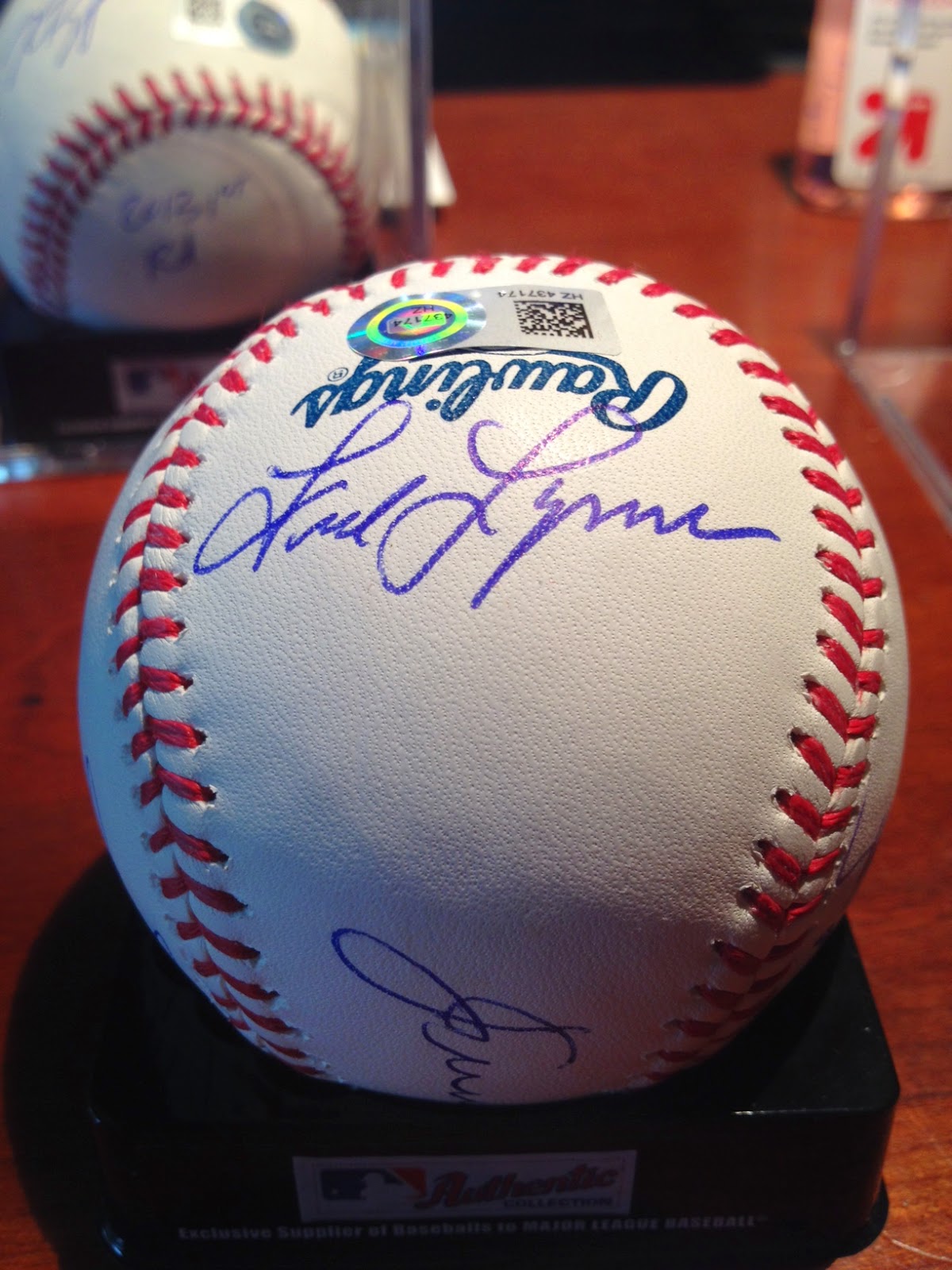 He was awesome, then the best two autographs of the day happened in 45 minutes. Jack Morris was finishing his Q&A session with the fans, and I said- "Mr. Morris, can you please sign my baseball?" He did the hand motion saying "Toss the ball champ" and I threw him the ball with my fine tip blue Sharpie. That was a pretty sweet autograph for a guy that should be in the Hall of Fame. Then, my friend and I took a lunch break (Orlando Cepeda's auto line was filling up at noon for a 3:00 session) and then went back to the Q&A session and I didn't recgonize who Mr. Morris and the woman were interviewing. I asked the guy next to me, "Hey, who are they interviewing? Juan Marichal?" "Nope, Orlando Cepeda." I immediately got my pen and ball out and got to the front of the borders/handrails and waited for Mr. Cepeda to finish his Q&A session. He ran a couple minutes late and then Armed Forces media interviewed him and then he came. He signed for a guy on my left with two old SI covers, then this happened: 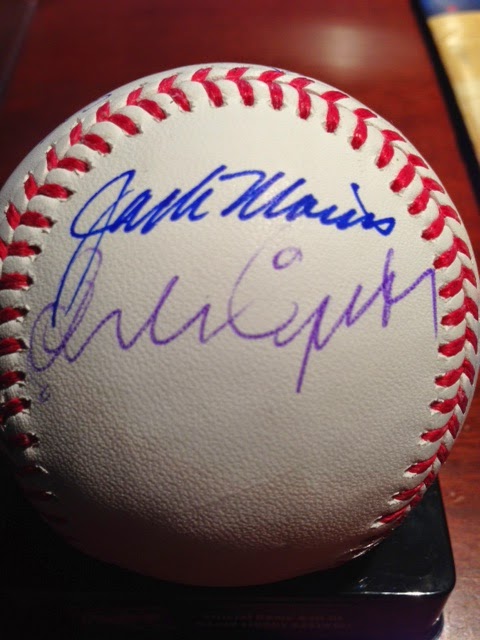 WOW. I saved about 2 hours from waiting in line. That was probably my favorite autograph. My friend and I walked around until I saw that Kris Bryant was signing at 3:00. Someone was already waiting in line at 11:30. I popped in line around 1:55 and by the time it was 2:15 there were about 75 people in line. By 2:35, they only let people have one item signed. Here's what I got: 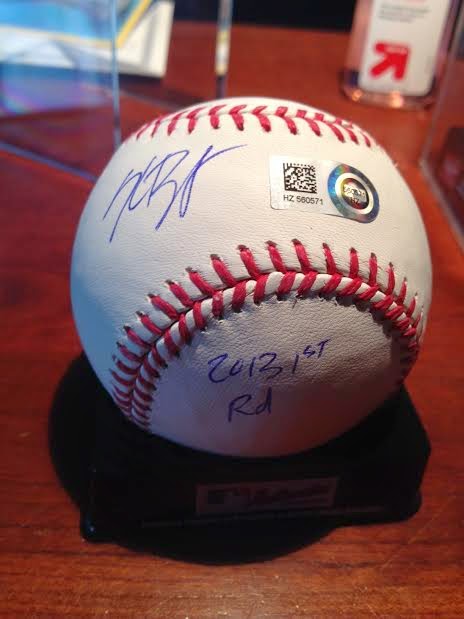 Done with Day 2 Recap. Last, but not least, Futures Game.

Sunday- Futures and Celebrity Softball Game
I went with my friend, Wilson, to the Futures and Day #1 of Fanfest. I was excited to see 15 former 1st round picks play.  We arrived around 1:50ish (gates open 2:00, first pitch- 4:00). We ran down the U.S. side and the autograph crowds were two to three people deep. I tried for a spot and Alex Meyer came over. He signed for the guy next to me and for Wilson, then said "I gotta go guys, I'll get ya later." Darn!  Here are some pics before I begin my next story:

After we took the pictures, Wilson and I went to the World side and waited over there when there was less of a crowd. The side eventually got busy, then 10-12 guys came out from the World team and just started signing for everyone. Here's what I got (feel free to comment below if I incorrectly identify any of the signatures):


That's all the autographs I got. Out of the autographs I got (12), 11 of them (Tayron Guerrero didn't make the cut) are Top 20 Prospects  in their respective organizations. In MLB's Top 100 Prospects, (2) are in the Top 10 (Javier Baez and Francisco Lindor) (3) in the Top 20 (Baez, Lindor and Franco). Maikel Franco, Francisco Lindor and Javier Baez are all #1 prospects in the Cubs, Phillies and Indians organizations.  Pretty good autographs! Anyway, here are some edits/pictures that I took: 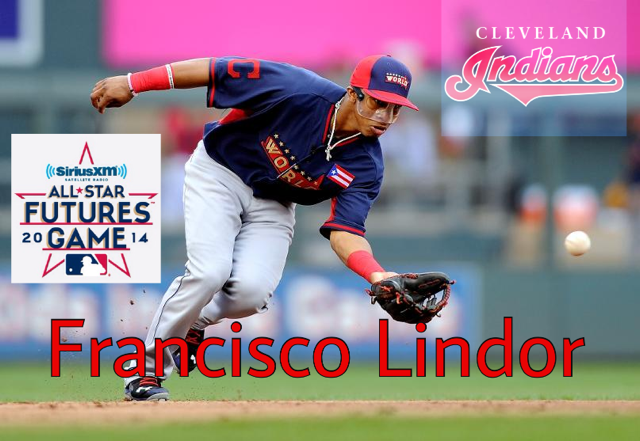 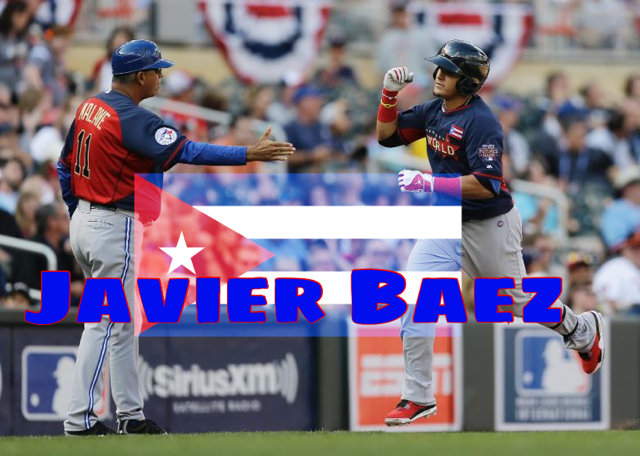 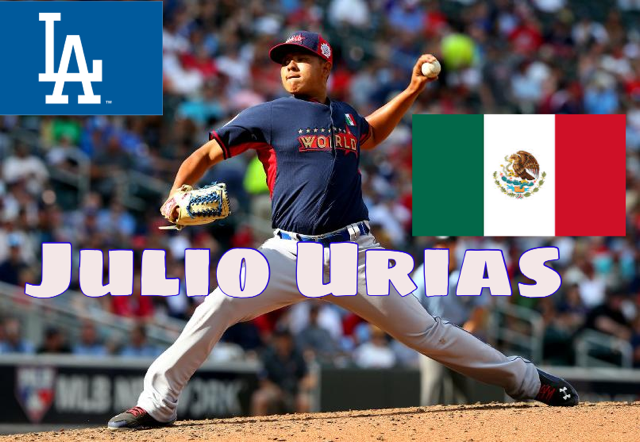 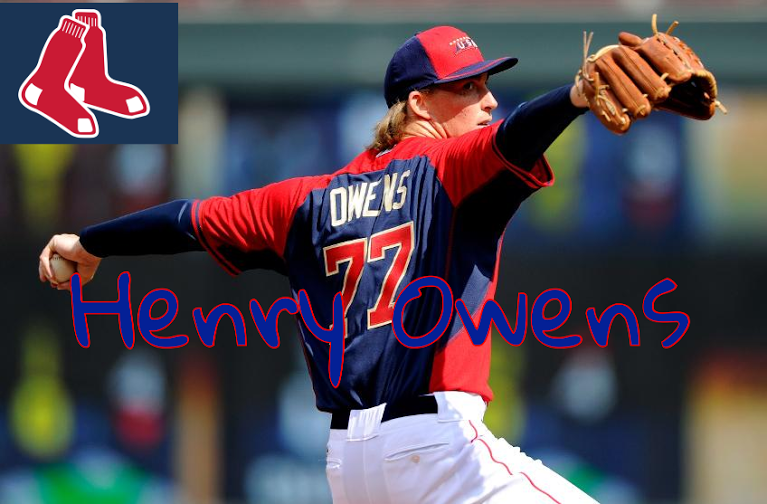 That's my recap from All Star Weekend-None of this is for trade or for sale. Feel free to comment below!

Posted by Charlie Cowan's Communications at 11:42 AM