My Recap of the Smurf Turf

I recently took a trip out to Boise, Idaho about one week ago and was fortunate enough to see a Boise State vs. Fresno State football game! It was an incredible experience and I'll recap it for you. I'll rate each part from 1 to 10.

An unique attribute about Boise State is that they have a different theme on what the fans should wear each home game. So this game, it was a orange out. We (meaning me, my dad, cousin and uncle) showed up about a hour early. I made the assumption that we wouldn't have very great seats, because my aunt said that they weren't going to be very good seats. On the contrary, they were great seats. In the beginning, Fresno State's offensive linemen gathered by the end zone to do O-Line drills. It was also neat to see them stretch also about half an hour prior to kickoff. My rate for the pre-game:
9.5/10 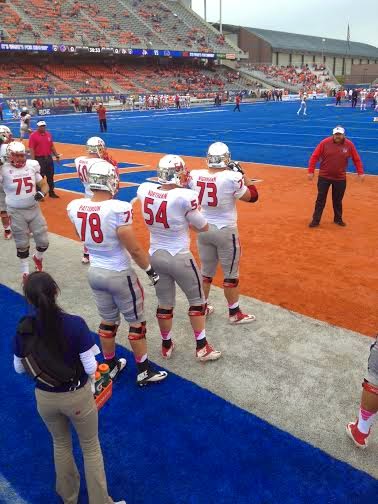 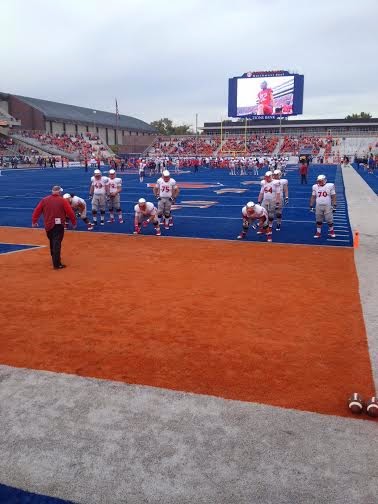 The Boise State-Fresno State rivalry is one of the biggest rivalries in the Mountain West Conference, with Boise State leading 12-5 all time. The rivalry looked like it would come to an end in 2013, when there was spectulation that Boise State would move to the Big East Conference. The game itself was controlled by Boise in the first half, then Fresno State picked up some steam in the second half, but Boise State won 37-27, regaining the Milk Can for the 2014 season. My rate for the game:
9/10

The Atmosphere and Food
The atmosphere at Albertsons Stadium was electrifying. I liked it especially since there was no alcohol served at the stadium. It prevented the fans from being stupid and making irrational decisions. I could tell some fans got drunk before the game and it showed. One guy tapped me on the shoulder and said, "Y'all seen my eyedrop? It looks like a waxing crescent. Let me know if y'all find it because my boys gonna win and I wanna see it." That was one example of a drunk fan. The food prices were very reasonable. You could get a meal for around $8 (at a Twins game that would buy you two beers). My rate for the atmosphere and food:
9/10 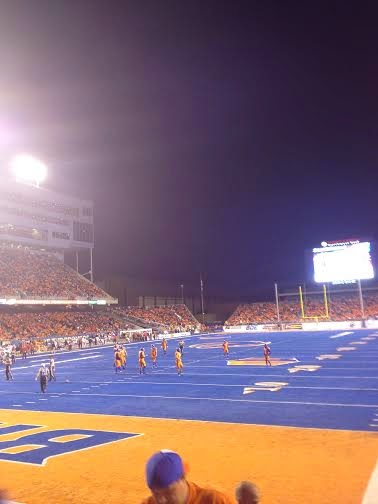 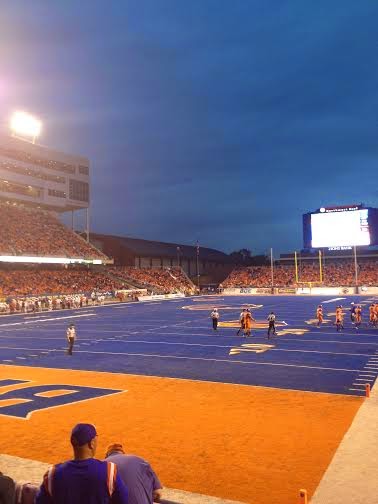 Conclusion
In conclusion, I would love to go back to see another game. It was a great experience and a plus that the Broncos won. My overall rate of the game would be a:
9.5/10
As part of my blog goals, I would love to get to 4,000 views by Thanksgiving (if possible). Please recommend to your friends, colleagues and who ever would be interested. Thank you for reading!

TEASER FOR NEXT TIME

My interview with.....?
Posted by Charlie Cowan's Communications at 4:52 PM No comments: