My Interview with Kevin Brown

My interview with Kevin Brown was awesome. Kevin Brown is a 24 year old outfielder from Northborough, Massachusetts who plays for the Myrtle Beach Pelicans. The Pelicans are the Class A advanced affiliate for the Chicago Cubs. Brown went to Bryant University in Smithfield, Rhode Island.  An interesting fact about Kevin Brown is that he's played at every minor league level (Rookie Ball, Single A, High A, Double AA & Triple AAA). Here's the rest of the interview! 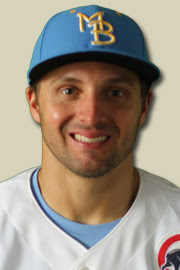 1. What's an interesting characteristic about you that no one on your team knows?

That both of my parents contributed to my baseball success. Most of the time, players say that their dad was their primary contributor to their baseball career. My mom was an excellent softball player.2.  What was it like playing in the Cape Cod League?

It was in my rookie season in the Arizona League.  I was playing against the Cincinnati Reds in their spring training complex.4. When was your first hit and who was it off of?

It was again in the Arizona League, but this time it was against the Arizona Diamondbacks.5. When did you sign your first autograph?

When I signed my first pro contract, some of my buddies asked me for an autograph as a joke. 6.  One state in the U.S. you'd like to visit but haven't yet?

I'd like to visit to California.7.  Who's your favorite old-time baseball player?

Ted Williams. He's the greatest hitter that ever lived.8. If you had to assemble your starting lineup (all baseball players that have existed), who'd be on the team?

It was Reynaldo Lopez. 10.  What was it like playing for Bryant University?

Playing for Bryant University was an unbelievable experience. I'm so thankful for all of the staff who helped me, and it's just a beautiful campus out there in Rhode Island.11.  Who's the funniest guy on your team?

Without a doubt, Ben Carhart.12. What's your favorite visiting ballpark?

My favorite visiting ballpark I've played is the Birmingham Barons ballpark, Regions Field.13. What's the weirdest experience that has happened to you this year?

My weirdest experience has defintely been how my coach told me that I needed to stay in Extended Spring Training, and then the next day I was flown to The Iowa Cubs ,   the Triple-AAA affiliate for the Cubs.
14.  Where do you see yourself after baseball?

I hope to coach collegiately or start my own business.15.  Who are the best players you've seen come through Myrtle Beach or through any of the levels you’ve played at?

It was Kris Bryant and Addison Russell. They are both really talented. 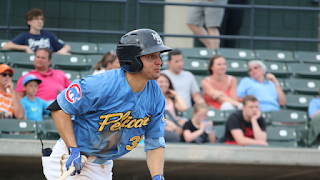 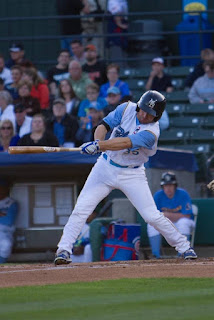 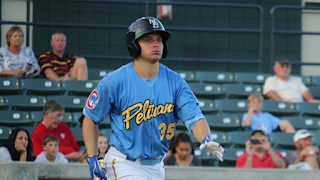