First of all, I hope everyone is having a great holiday season. As I wrap my last article before the new year, I wanted to show everyone my new baseball PC (personal collection) pickups and give my thoughts on the Black Monday that is coming up in the NFL.  First, let's start with the pickups.

Baseball Pickups & Pulls
My family has a tradition of going out to hit the stores early before the post-Christmas rush comes. My sister had been waiting all week to get a giant Lego Friends set. Anyway, we went to Target to look for the set. I picked up three 2014 Bowman Platinum rack packs. I really wanted to open this product but never had a chance to. I was looking forward to opening that later. Then, we went to a local baseball collectible store called Fan HQ. I recommend checking it out if you live in the Eastern Minnesota region, the owners are very nice & reasonable with their prices. Anyway, I wanted to buy something nice because I saved up and had some Christmas money to spend. I immediately went to look at the autographed baseballs & their game used collection. I saw some nice baseballs and it took me a while to decide, because I wanted to decide if it was the right purchase if I was going to buy a mid to high end value baseball. I also was going to buy something else a little smaller, but not sure what I was going to get. I ended up getting one small item and a HUGE item. The smaller item was a Nick Gordon signed draft day 8 x 10, and the big one, well the picture can describe it for you. 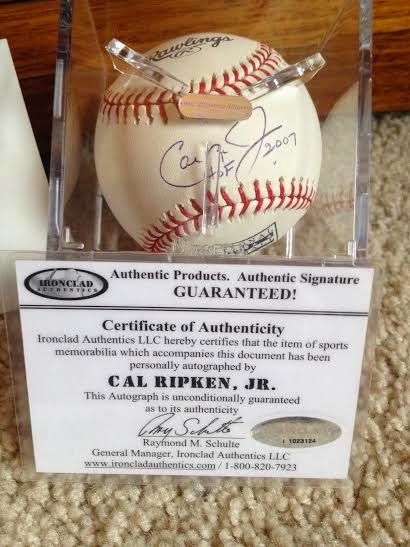 BOOM! A Cal Ripken signed HOF baseball w/HOF 2007 inscription! It also was a bonus that it was double authenticated from Ironclad Authentics and MLB Authentication. The picture doesn't do this ball justice, We went home after that and I opened the three Bowman Platinum Rack Packs. The first pack, BOOM! I hit a Michael Ratteree Refractor Auto. Then, nothing for seven more packs. Last pack, I hit a Scott Schebler Refractor Auto. Those and the Dominic Smith green refractor base (016/399) were the hits. Here are the pictures of the BP autos and the Gordon 8 x 10. 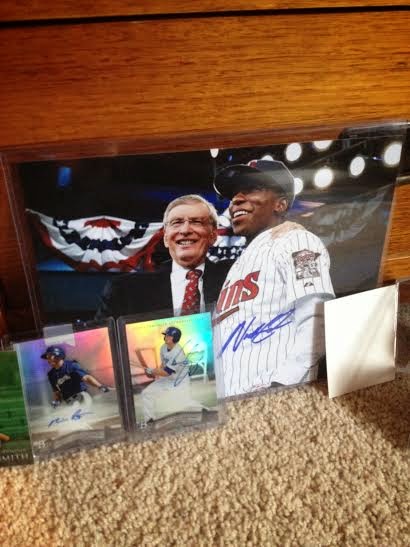 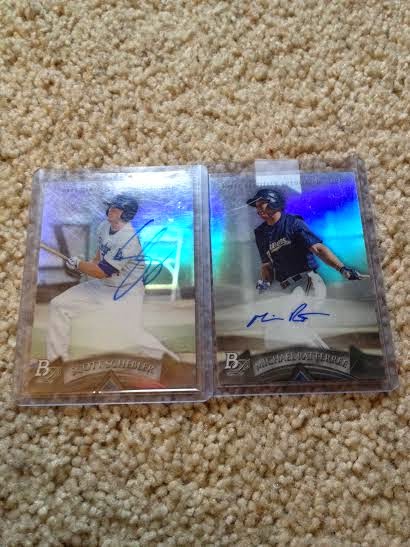 Now, I'm going to cover the NFL Black Monday that is tomorrow. Black Monday, for those who don't know, is the day where NFL teams fire coaches and start fresh for the next season. Everytime there is a Black Monday, there is always one or two teams that will surprise the league. I will cover the teams by division. Teams in BOLD will be the ones I predict that will have changes. Let's start with the AFC:

AFC East:
Joe Philbin will not be canned this year, but don't expect that they won't be making any moves. Their last playoff appearance was after 2008. They need major overhaul this year to satisfy the Miami fans.

This is a guarantee lock. Rex Ryan tells media outlets he expects to be fired and is already cleaning out his office. Expect the Jets to clean house and start fresh for the 2015 season.

AFC North:
No changes here. I would be surprised if anything happens.
AFC South:
AFC West:
The Raiders will have to find their 19th head coach. Dennis Allen is still head coach, but it's inevitable that he'll be canned. The Raiders need to get a grip, because this will mark Oakland's 3rd losing straight season.


Expect the Bears to completely revamp everything. Coach Marc Trestman and the other coaches already know that they'll be fired. The Bears haven't had a losing season since 2009 and the GM and President will need to implement major changes for next year.

Pretty easy call here. Harbaugh is expected to take the Michigan job with a huge $48M dollar contract. It is expected he will confirm and his family will go to Ann Arbor on Tuesday.

Please comment if you disagree or if you have any questions or if you're interested in any of my pickups.Thanks! Also, I'm taking items for Twinsfest on SUNDAY ONLY. If you're interested, please shoot me an email- charlie.cowan29@gmail.com and we can keep a correspondence. I also have an interview in queue that should be up by the end of the week.


Posted by Charlie Cowan's Communications at 3:41 PM No comments: